FAVORITE SUPPLIES
OVER ON INSTAGRAM
Happy ❤️ Day! I have a fun use for all those l 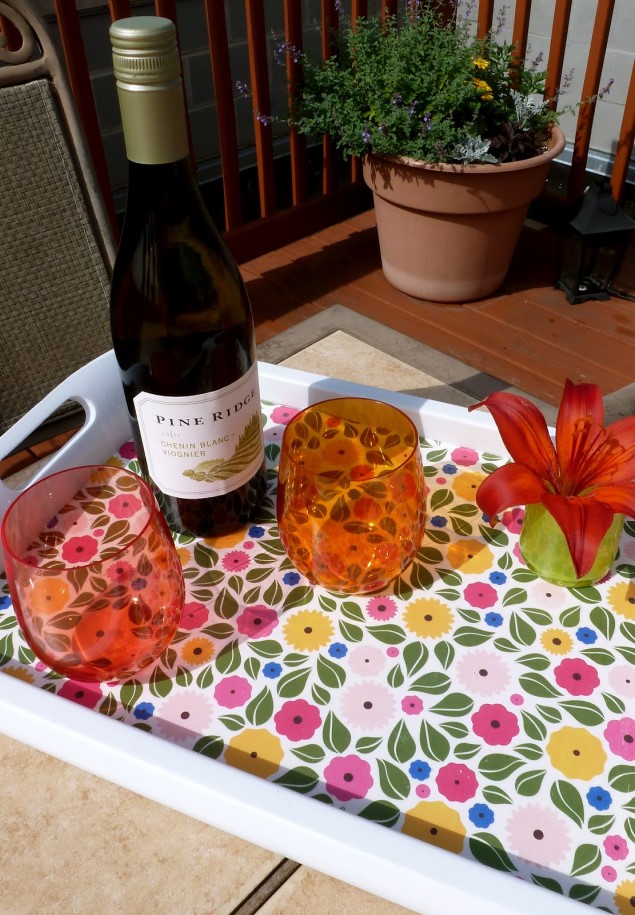 Ever since we made coasters with tiles, paper, and lots of Mod Podge at last month’s DIY Night, I’ve been searching around the house for something else to Mod Podge – it’s kind of addictive!  Well, I found the answer as I was carrying up this serving tray to the roof deck.  We use it in the summer to transport dishes, food, and drinks from the kitchen to the roof.  It’s a tray we’ve had for 10 years, and while it is a nice tray, I thought it was ready for a new look. 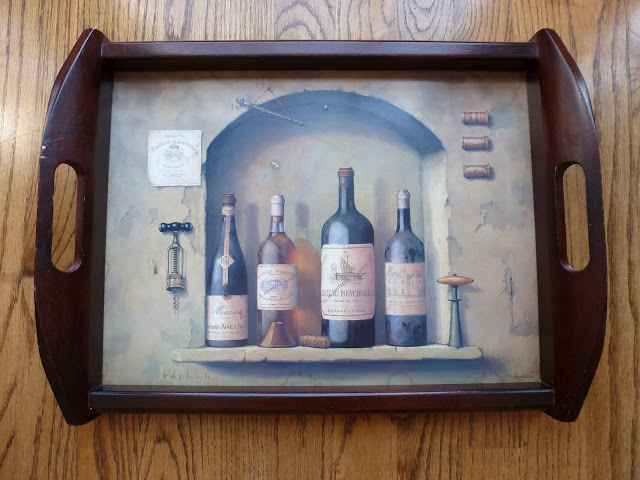 My idea was to spray paint the dark wood white and to Mod Podge on a bright paper to the tray.  Here’s the transformed tray – perfect for taking drinks up to the roof! 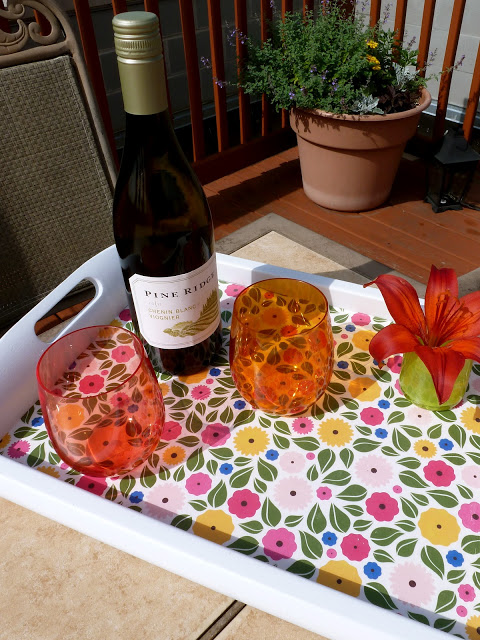 To make the tray, I started with a Snow and Graham floral printed paper perfect for summer and cut it to size to fit just inside the tray: 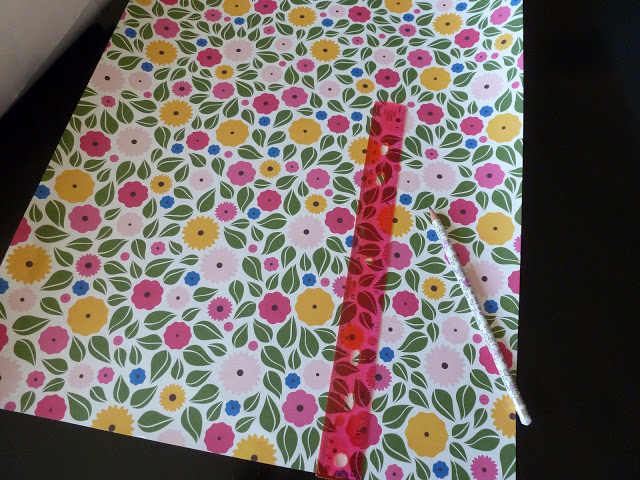 I then took the tray outside and gave the wood a good sanding to help the spray paint adhere.  You could also use a primer before painting it, but I skipped right to the paint and it seems to be just fine.  I used a can of Rustoleum high-gloss white that I had sitting around: 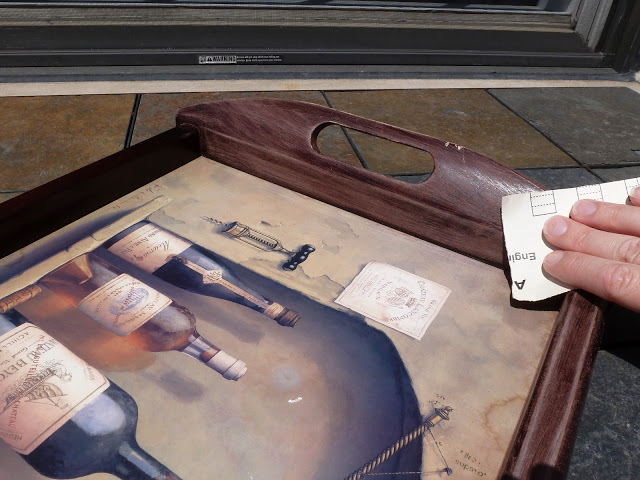 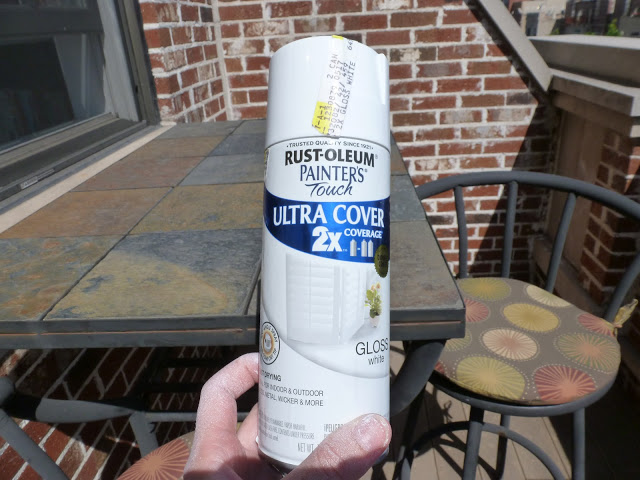 I gave it several light coats, not worrying about getting paint on the picture, since it would be covered with paper anyway: 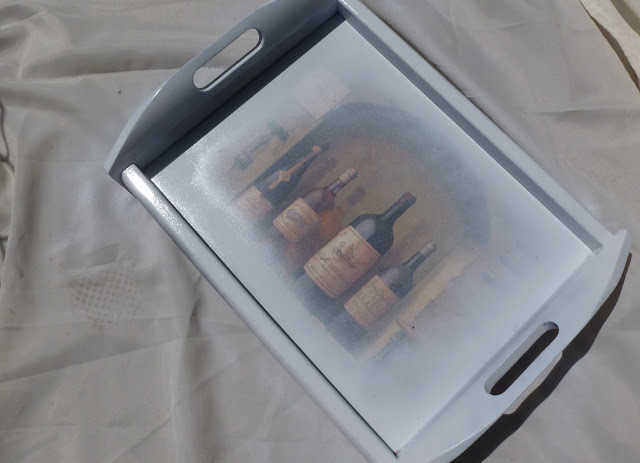 Finally, the moment I had been waiting for… bring on the Mod Podge!  I covered the base of the tray with a thin coat of Mod Podge and then placed the paper on top and quickly tried to position it and smooth out the air bubbles.
This step was trickier than I expected!  The coasters were relatively easy since the size of the paper was much smaller, but when working with this large of a piece I ended up with a lot of air bubbles.  I tried smoothing them out with my ruler, but had bit of a freak out moment when there were still lots of bubbles and creases in the paper… 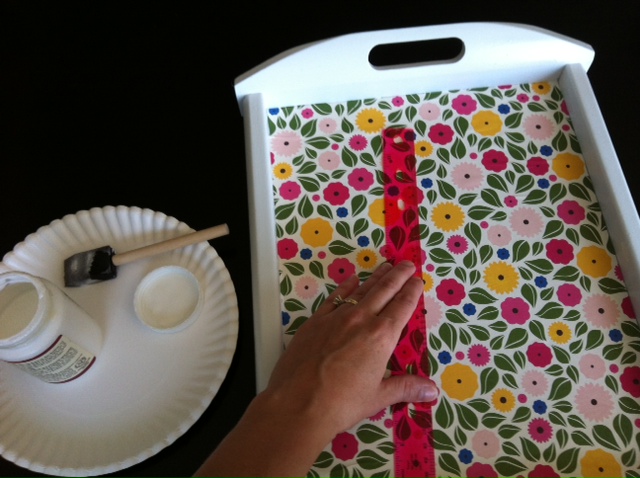 … well let’s just say that Mod Podge is very forgiving!  Somehow after spreading 3 more coats of Mod Podge on top of the paper (letting them dry in between coats), the bubbles and creases practically disappeared like magic.  It even tolerated the heavy handed Mod Podge application of a 2 year old and still turned out looking great! 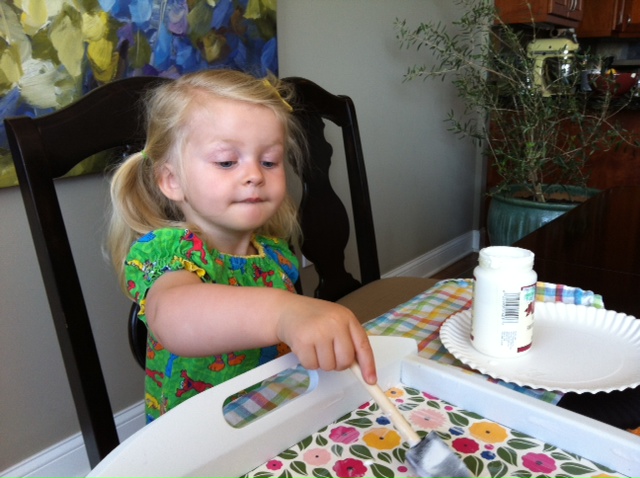 Moral of the story: anyone can Mod Podge!  So pick up a $5 jar of the stuff, and find something in your house that could use a little summer makeover.

Happy ❤️ Day! I have a fun use for all those l